Didn’t get on the water till Ten this morning much later than others Wullie & Andrew had been out since 8.00. 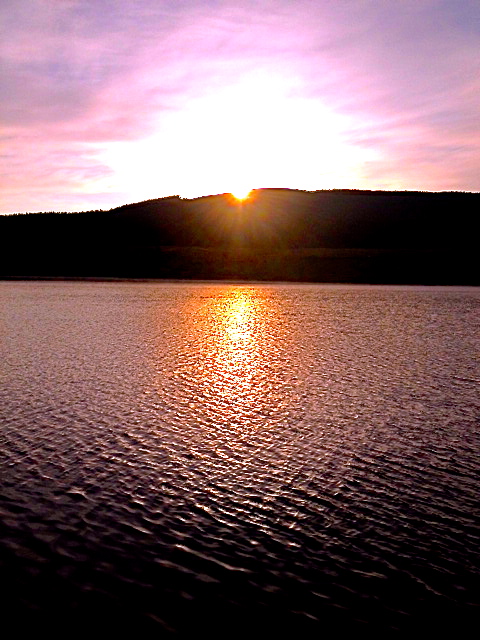 Sunrise Over Glengavel by Andrew Gordon 080613 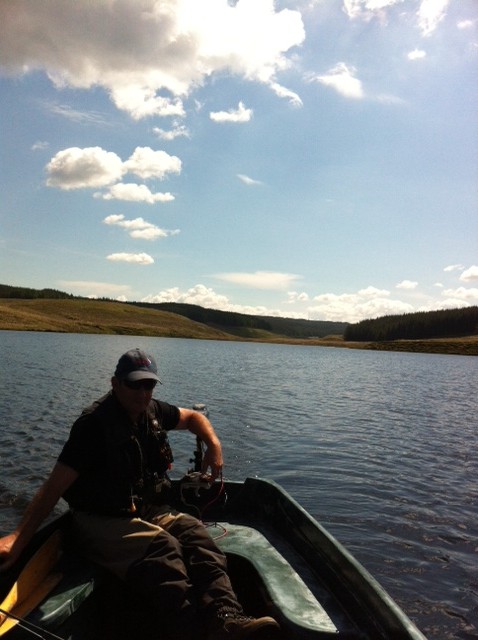 On the Boat with Wullie 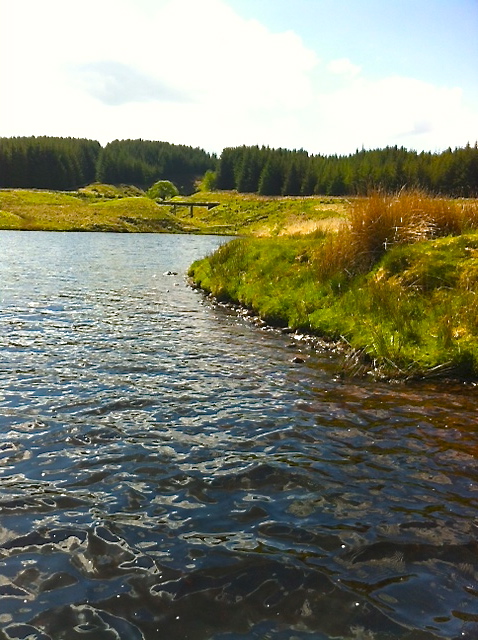 Wullie then dropped me on the west bank about 11.30 and he headed off to do something at the ponds – i worked hard for a couple of hours and caught another 3 or 4 indigenous Brownies with plenty of misses & pulls – great fun. 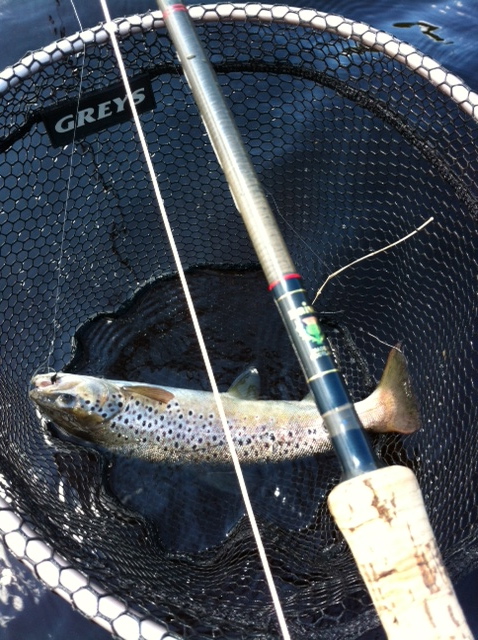 Got back to the fishing and there was broken clouds providing a bit of respite from the strong sunlight directly above. Just couldn’t get a touch though. Decided to try an old tactic that had worked for me on bright days before & tied a size 10 Cinnamon & Gold on the point & quite by accident forgot i had a Bibio on the dropper – the tactic was to put a long line out then make sure you were in touch with your fly and just let it dangle – my imagination had always seen the C&G as a wee injured Trout fry dropping down near to the bottom & this often resulted in the C&G being taken by bigger Brownies. Then as if on cue my fly line moved off & i was into a good quality Brownie leaping & running and giving me a great scrap. Bill came over and took a couple of photos for me before it was allowed to swim off – Bill reckoned 3 pounds to my surprise it had the Bibio in the scissors.

A decent Brownie returned caught on the “Bibio”

Had many more one poundish fish to this tactic on the Bibio – one 3 quarter pound trout came to the net having taken the C&G – i shook it off the hook & the C&G fell in the water beside it & it quite confidently took it again & swam off – amazing!! 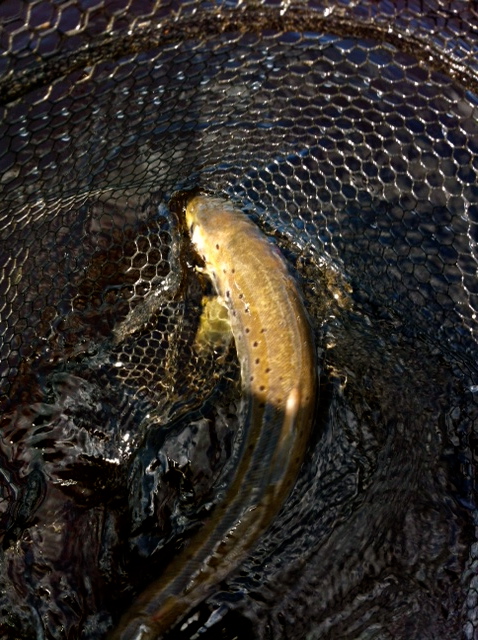 Had a few more (all hooked on the Bibio) and hooked an almighty lump which i had on for a good couple of minutes which just shook it’s head and refused to move & then the hook came back at me.

Then Alby the inept angler struck again – i hooked another lump which tore off for the horizon leaping and pulling to discover i had developed a knot in my fly line tangled round my feet & it ran me right down the knot – heart stopping stuff – when i got it into the net Billy came over to take a photo i removed the fly and was about to lift the trophy up for a photo when it leapt out of the net – no photo but Billy reckoned about “4 pun” whatever it was a beautiful bright golden specimen.

Fished on to 4.30 with a few more pulls and pounders – a red letter day on the water – a dream day i’m a happy angler – cheers 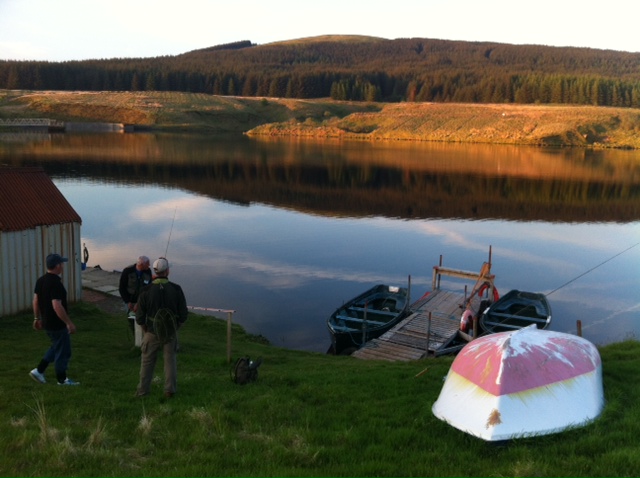 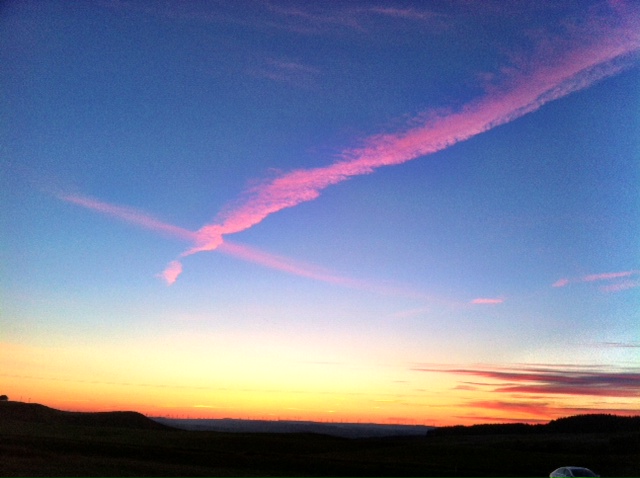 A beautiful Glengavel sunset from Thursday 060613